Travel to Colombia, the only risk is wanting to stay

Diversity is the first characteristic that comes to my mind when I think of a backpacking destination. We travellers need to see and experiment new places, it’s something implied in our DNA. Well, I believe Colombia is the right country to do so. Landscapes change only by moving from region to region, accents emphasise and climate does so too.

Colombians are open and welcoming, a fact that makes foreigners feel at home. From the coast to the jungle, going through its capital, its pueblo will surprise you with a smile, with its kindness and spontaneity.

How could I define Colombia?

Colombia is to eat an arepa é huevo in Barranquilla at 5 am to recover from the other night’s drunkenness, Colombia es diversity, laughter and friendship, Colombia is Locombia. 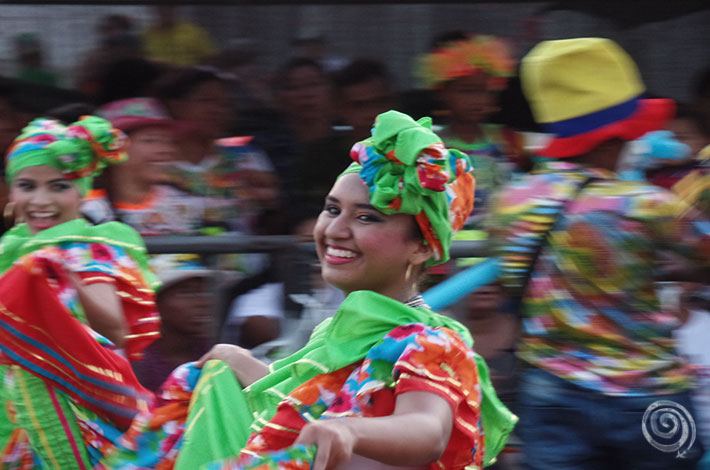 If I’m honest, I don’t pay special attention to travel guides, I merely flick through their pages, take a quick look at pictures and get inspired for my next trip but it’s not something I do assiduously. To the extent possible I prefer to talk to travellers on my way, to listen to their firsthand experiences and to prepare myself for the next destination in my bucket list.

I’m also aware that not everybody travels that way and that some countries are so beautiful and have so many things to offer that one needs to sum them up. That’s why in the end I caught myself writing a mini travel guide of Colombia.

Why a mini guide? Well, because however long you travel around Colombia, there’ll always be something pending for the next trip, an excuse to come back. In my case, 2 months offered me much but at the same time so little. The diversity of Colombia’s landscapes, the kindness of its people and its cultural wealth are the main but not only ingredients that will make me go back to Colombia again and again.

Useful information to travel to Colombia

When to travel to Colombia

Tropical climate in the Caribbean coast has a rainy season between May and November with no variation in temperature. However, the Andean part like Medellin and Bogota, tend to have milder temperatures even cold depending on the time of the day. In the early morning and at night one should bring a jacket while at midday and evening one may need sunscreen and a lot of water to drink.

Requirements to travel to Colombia

European passport holders: Europeans can travel to Colombia without visa up to 60 days.

Canadian, United States, Australian and New Zealand passport holders can travel to Colombia without visa up to 60 days.

Latin America passport holders: Latin Americans can travel to Colombia without visa up to 60 days except from citizens of Nicaragua, Cuba, Dominican Republic and Haiti.

If you come from another country that’s not stated above, check if you need visa to travel to Colombia.

Safety in Colombia, is it safe to travel to Colombia?

The truth be told series like Narcos and endless movies about Pablo Escobar’s life and drug trafficking in Colombia don’t help Colombians to get rid of that distorted image people have of them but instead reinforce that steoreotype. Next time you meet a Colombian for the first time, think twice if you really want to bring up Pablo Escobar.

I believe we need to eliminate that stigma they’ve been carrying for years. Colombians are in fact one of the friendliest and nicest people I’ve ever met. Are there some unsafe and not that kind places around the country? For sure there are but that’s like everywhere else. Keeping in mind some aspects, one shouldn’t have problems to travel around Colombia safely.

Tips to travel around Colombia safely

Lastly, there’s an anecdote about Colombians’ kindness that I would like to share. Once in Bogota I was going to take transmilenio—a bus that works as a tram in the sense that it has its own lane—and I hadn’t checked if I had credit in my bus card before getting on. There were two of us and only a one-way ticket left. I passed it once and when I saw that I had no credit left, the lady after me didn’t hesitate to pay it herself. I smiled at her and felt grateful for such an honest gesture.

Something similar happened to me while travelling around Venezuela, where several strangers helped me to get the money needed to leave the country.

Is it cheap to travel around Colombia?

In the streets, markets and local restaurants of any city one can have a full lunch or dinner for 2 or €3, consisting of soup, a second dish and juice. Plus, there are food stands everywhere where to get arepas, empanadas or any other local delicacy.

Accommodation prices go from €5 to €30 per night, depending on one’s needs and comfort being Cartagena and San Andres the most expensive places to stay.

The beauty of Colombia in a nutshell

Time has come for me to show you my favourite places around Colombia, area by area. My small tribute to this great country, my humble trip around Colombia.

Watch the video: Colombia, the only risk is wanting to stay

Would you like to keep on exploring South America?