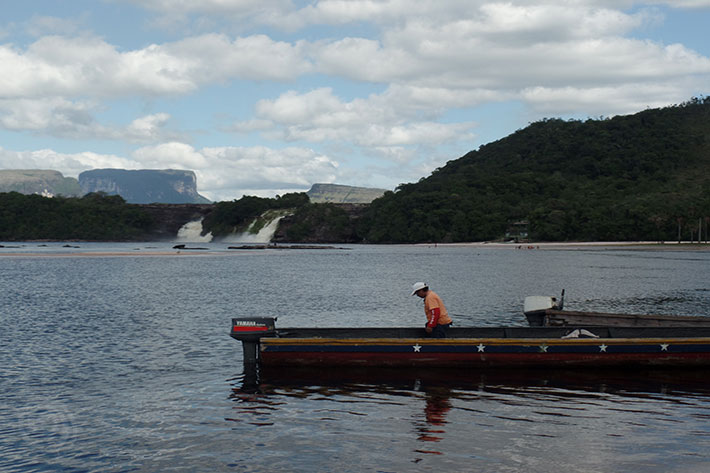 Venezuela is a beautiful country, surrounded by nature, unique people and charming places. The truth be told, the political and social tumultuous situation Venezuela is passing through hurts me inside as it were my own country. I’ve had the chance to travel to Venezuela twice, one in 2011 and the last one in 2016.

My bonds with the South American country are very strong for I have a lot of loved people in my life that are from Venezuela. It’s indeed one of the countries that have left the deepest of marks in me. Such is the case that people often tell me that I have a Latino Spanish accent. Well, I wonder why!

Venezuela, the land of happiness 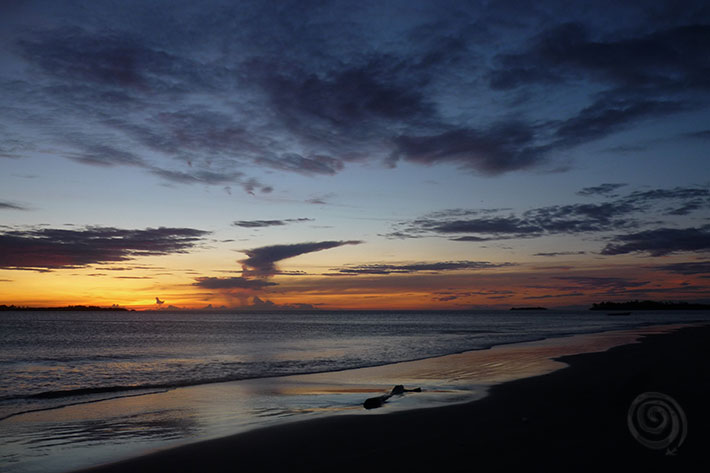 I already dedicated an emotional post to Venezuela, an open letter that came from inside but this time I would like to share some useful tips that will help you if you want to visit Venezuela some day.

I want to stay realistic and at the same time give you some tips about safety in Venezuela and show you the other side of Venezuela that’s not promoted. Close your eyes, breathe and start to read below as if you didn’t know anything about the country. One, two, three.

Useful information to travel to Venezuela

Best time to travel to Venezuela

Climate is stable all year along but is divided in two seasons, the dry season from November to April and the humid one, from May to October. It changes from region to region and it depends more on the height of the place than on interior and coastal places.

The Andes area is the coldest in the country, Merida for instance is at 1,600 metres and its highest peak—Pico Bolívar—is at 4,978 metres. In Maracaibo, on the other side, the average temperature is 34 degrees Celsius (93.2 degrees Farenheit) and, wait for it, to a humidity of 80% (you melt, instantly).

I recommend visiting Venezuela in humid season especially if you want to visit Parque Nacional Canaima in its glory. If you can’t go in humid season as it happened to me, Salto Ángel (Angel Falls) is still beautiful but not as impressive. However, it has its advantages as going up the water saults that are dry and observe tepuyes in the distance. 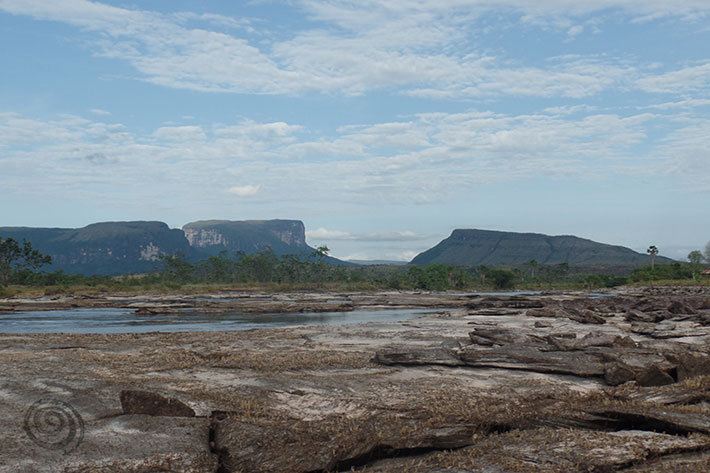 How to get there

Airlines that operate from Europe to Venezuela are Air France, Avianca and American Airlines, often stopping by in those countries. From Latin America and the United States Copa Airlines is also available.

I don’t suggest flying with Conviasa, a very corrupted government airline. Even if Venezuela is one of the countries with more abundant oil reserves in the world, Conviasa affords to rent planes from other companies. They are usually late and leave people stranded at international airports for several days.

The rest of the companies had to stop flying to Venezuela because the government didn’t pay for their services anymore. There’s an alternative to flying:

Travel from Colombia to Venezuela

For a while the border of Venezuela with Colombia remained closed because—according to the President of Venezuela—”bachaqueo” (smuggle from Venezuela to Colombia) was hurting the economy. How sad it is that he forgot he’s a Colombian himself and that Venezuelans and Colombians are and will always be brothers and sisters.

Today the border is open but I don’t recommend you to cross it especially if you have European or American passport for police and guards will want to “matraquearte” (steal from you). I heard several stories and I lived it in flesh that Venezuelan guardias nacionales ask for money; from 20 a $50 or everything you have to let you in (and this is not only at the borders)

In my case I had to fly from Colombia to Venezuela in 2016 because the border was closed. It was more expensive but we avoided inconveniences or troubles in the border. Options to go to Venezuela by land are:

Travel by bus from Colombia to Venezuela

The safest border crossing point in Venezuela is the one from San Antonio de Táchira to Cúcuta. Even so, everyone including Venezuelans, have to often bribe Venezuelans guards to get in.

The crossing point Maicao – Maracaibo is not safe mainly because guajiros, the indigenous people that own La Guajira, a part of Colombia and Venezuela operate bands to steal as you get in both countries.

Travel by bus from Brazil to Venezuela

The crossing point from Boavista to Santa Elena de Guairén and Ciudad Guayana (Puerto Urdaz) is very frequent since it’s used by Venezuelans that go to Brazil to buy food. Even if it’s very expensive for them to buy in Reals, it’s a chance to get supplies.

Requirements to travel to Venezuela

European passport holders: Europeans can travel to Venezuela without a visa up to 60 days.

Latin America passport holders: everyone from these countries can travel to Venezuela without visa up to 60 days except from Guyana, Suriname, El Salvador, Nicaragua, Honduras, Cuba, Dominican Republic and Haiti.

If you are from another country that’s not listed above, check if you need a visa to travel to Venezuela.

Security in Venezuela, is it safe to travel around Venezuela?

As I’ve said before, I can’t omit data on criminality in Venezuela. I can only tell you about my experience visiting the country.

To start with, you will soon realise about the Venezuelan paranoia, a common characteristic of Venezuelans that is present in their daily lives. It’s an automatic embedded gift that consists in thinking ahead of time about what could happen or go wrong. The insecurity in the country and the fact that most Venezuelans have had a first-hand experience of kidnapping or armed robbery justifies it, however, most of the time they are protecting you of what could happen. Venezuelans are always be there to take care of you.

Having that in mind, there are some things one needs to know about safety:

I actually have a story on Venezuelan kindness that I would like to share with you. I will always remember that one time when I was going back home from Venezuela in 2011. I was at Maiquetía airport in Caracas, got to the desk to proceed with the check-in and I was told, “everything is allright, you just need to pay the fee to leave the country”.

I had forgotten about the fee! I only had 20 bolívares, 10 euros and a credit card I couldn’t use because of the inflation. There was no other way to take my next flight but to beg for money all around the airport. Almost crying I approached people telling them I needed the money to get to Spain. I don’t remember how much it was but it would be something like 15 euros at that time and I got them in just 30 minutes!

Is it cheap to travel around Venezuela?

I could say that it is cheap to travel around Venezuela right way but the truth is that it always depends on the exchange rate to which you transfer your euros or dollars. There’s the official exchange rate, with which you are losing 99% of your money and the parallel or black market, illegal but more than normalised.

If you bring foreign currency and money is exchanged to the normal rate, everything will seem cheap to you, even if that represents half of the salary of an average Venezuelan.

Tips on how to use your money in Venezuela

The high inflation in the country (500,000% to 2020 date) makes bolivar—the local currency—to be hiper devalued. There are two exchange rates for the tourist, the official and the so-called black one.

The beauty in Venezuela: my top 3

Time has come to show you my reasons to travel to Venezuela. I list my top three destinations in Venezuela, the places that impressed me the most. There are so many beautiful places in Venezuela and it’s hard to choose but another day I’ll dedicate another post for it. For now, my top three places to visit in Venezuela are:

Merida is the first place I arrived to, my first destination in South America by 2011. I must admit that looking through the window and seeing myself surrounded by mountains is what amazed me the most in this beautiful city.

The capital of the state with the same name is Merida. Merida is something else, it hooks. The rythm of big cities like Caracas or Maracaibo stay behind, far behind. Merideños or gochos are considered the most peaceful and honest in the country. Gochos are calm, welcoming and respectful, for some reason they breathe Andean air. 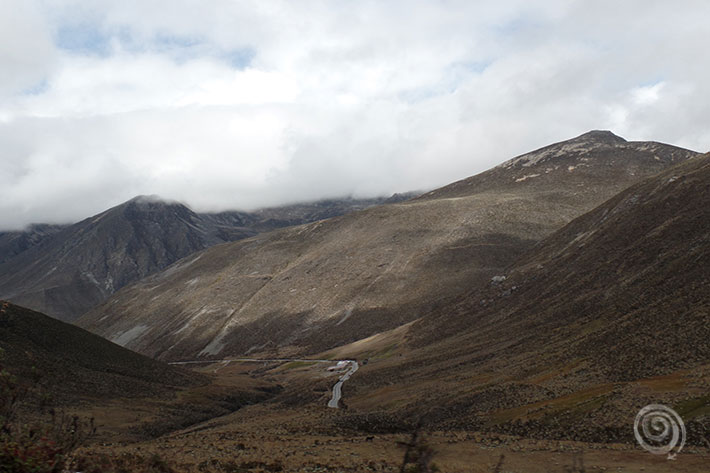 The city is the reflection of their character, student-like, calm and safer than the rest of Venezuela. Merida is a student and party city and an important spot for nature lovers. Going up the longest cable car in the world, climbing its peaks, river rafting or parachuting in Tierra Negra are some of the adventures you can find. 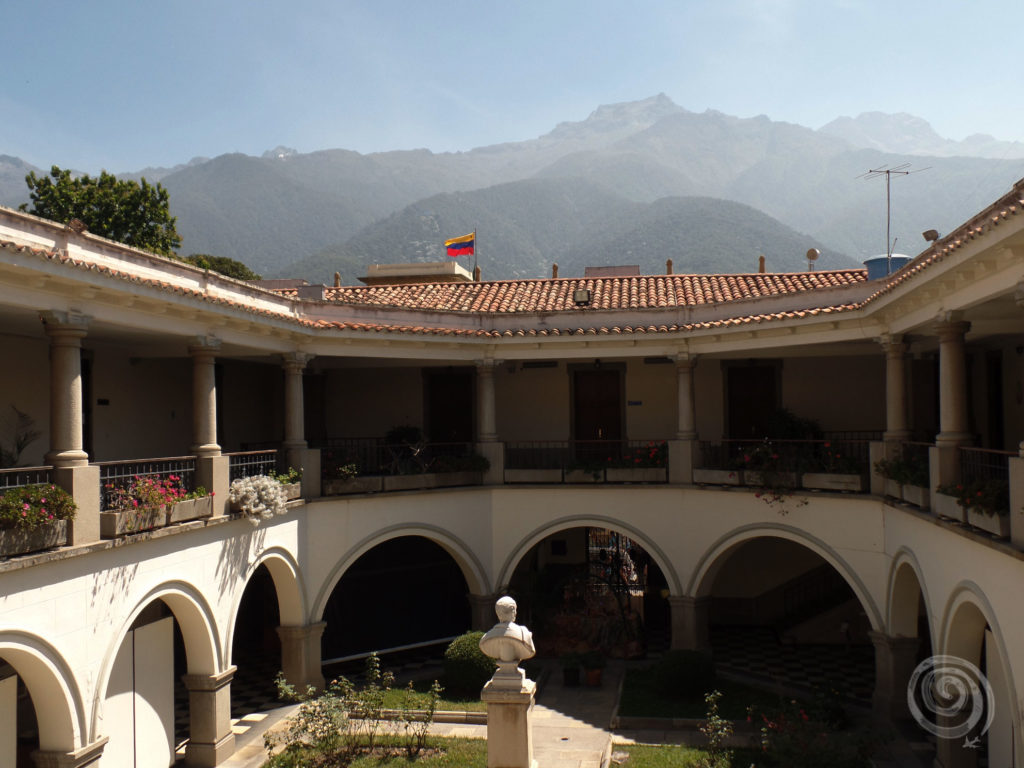 Canaima lagoon is where I’ve felt the tiniest in my life. Enormous nature surrounds you and being able to contemplate is a luxury. Its waterfalls hit hard to the compass of a pure and unspoilt environment. To swim in its waters is the synonym of feeling free and being certain that we live in an unique planet. 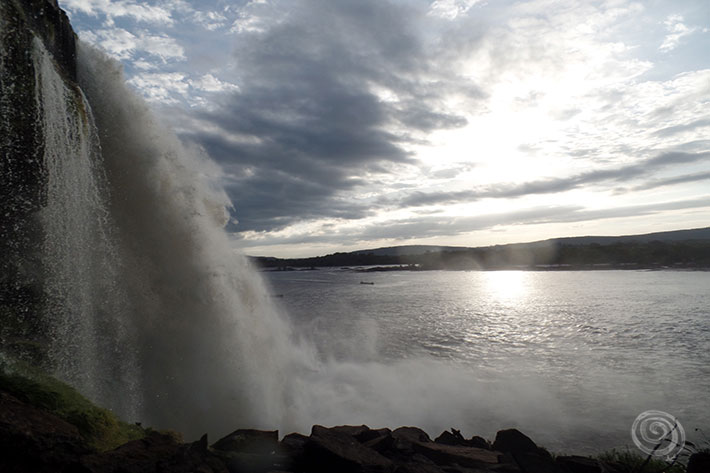 Overflying Salto Ángel (Angel Falls) has been one of the best experiences of my life. Although I went during humid season and the waterfall was no more than a trickle of water, observing those tepuyes that are thousands of years old was a privilege. I felt like in the movie UP but I flew free, without a house but with imaginary colourful balloons. 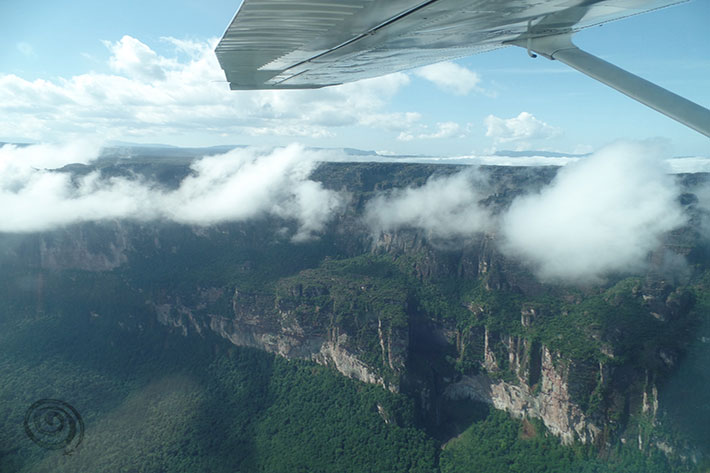 That pristine water, that first time I saw the Caribbean Sea, was in my dear Venezuela. My braids moved to the rhythm of the wind and salsa music. I was happy before such beauty. 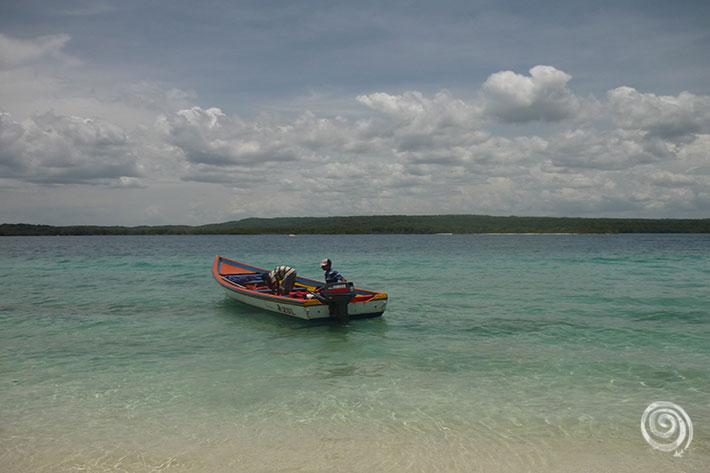 I really hope natural beauties of Venezuela will be available and affordable for everyone in some years and that tourism gets back in a country that needs it more than ever.

Would you like to learn Spanish before going to Venezuela?

Related posts
The Mystery of Sagada: the Hanging Coffins of the Philippines
Idioms that Only Venezuelans Will understand
What's Behind My Tattoo

8 Replies to “My Dear Venezuela, Travelling to a Country That Is Hurt”