Life in a Buddhist temple

During my trips I try to challenge myself by living new experiences that call into question my perspective on the world and my way of looking at things. Therefore I try to create my own philosophy, one that adapts itself with every new experience and teachings I acquire.

I must say that living in a Buddhist temple brings me daily challenges. Some of them were there already, some are new. However, the base is still the same; I’m growing up by having conversations with my ego and accepting everything that comes along.

I invite you to read the beginning of this adventure at Discovering Buddhism, discovering Asia.

What I can surely say is that I’m enjoying every second of this experience although it’s not as easy as it seems. Waking up early, meditating, having one class after the other and receiving loads of new and different information is hard. Believe me, it’s tiring but fulfilling.

Every day before going to bed I ask myself what I’ve learnt that day and I immediately get a lot of answers and new ideas. That should be an everyday exercise. In fact it should be a compulsory subject in school, that way we would appreciate more what we have, who we are and where we come from.

I’m very lucky to be here, to be able to learn what I’m learning and being surrounded by such a wonderful group of people from all over the world. There are 12 of us coming from 8 countries; Germany, Brazil, US, Spain, the Philippines, the Netherlands and Romania. This makes the experience even more enriching.

Not only are we studying Chinese culture and Mahayana Buddhism in this part of the world but we are actually learning from each other. We are living in a very international environment and I love it! I learn about Buddhist philosophy and Mandarin but also some words in Tagalog, how to make Dutch cookies or properly cook Italian pasta. 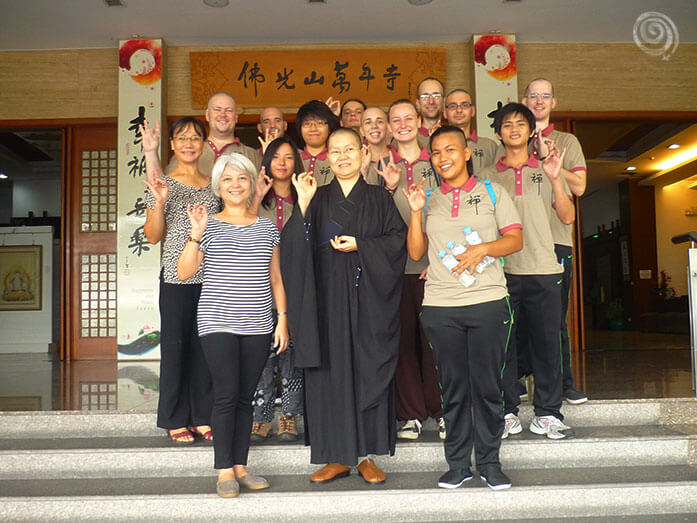 The philosophy behind shaving one’s head

Since I knew I had been accepted in the programme the idea of shaving my head was more than a reality, it represented freedom to me. Before coming I already told my family and closed friends about it so that they could start getting used to the image of a bald Alba.

A very good friend of mine told me a story about a girl that went to Africa and shaved her head due to a legend she was told. Well, something similar has happened to me. I was in part looking for it but it somehow started to put into place, to make sense. Let’s start from the beginning.

During the first week all I did was to observe the masters, people that dedicate themselves fully to Buddhism, like Buddhist nuns. I saw them with their bald heads and wondered what the reason behind it was. Curious I asked one of them and the answer inspired me.

Happiness is something you build from the inside and can’t be bought.

However, what they mean with this is that by shaving their heads they want to get rid of the need of belonging to a place or to someone for they think that’s what limits us as humans and attachment makes us unhappy.

I’ve heard several times this week that’s best to leave negative feelings behind. We should live in the present for that’s the only moment in which we live.

Getting rid of my hair

These words really inspired me. I needed a change, something that would remind me that I must leave the old, negative and sad things behind in order to accept new experiences. I was ready, I was going to do it (crazy face mode ON!).

So, I took a pair of scissors and started to cut some hair which was at chest level. The more I cut, the more free I felt. Little by little I felt how the negativity was leaving me, isn’t hair just dead cells after all? My friends helped me and each of them cut a piece of hair. The feeling was amazing, the ambiance got charged with different emotions. I really felt how the bad things were abandoning my body and there were new hopes and adventures awaiting me. I cried for a while without knowing why. 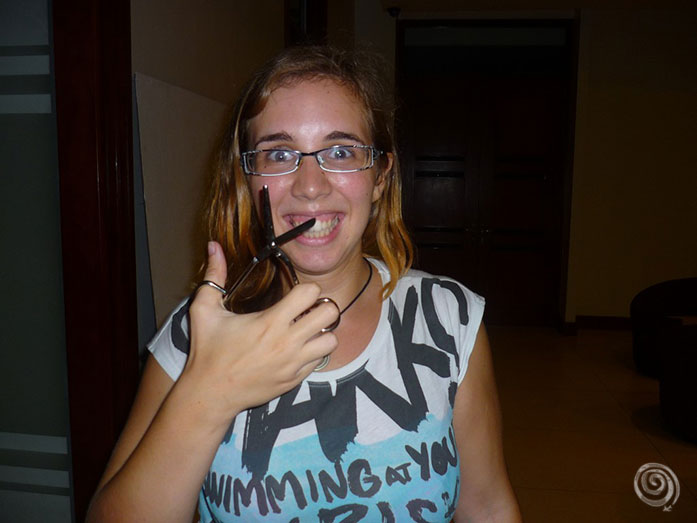 And there certainly wasn’t and I felt proud of it. The result wasn’t as bad as I thought: 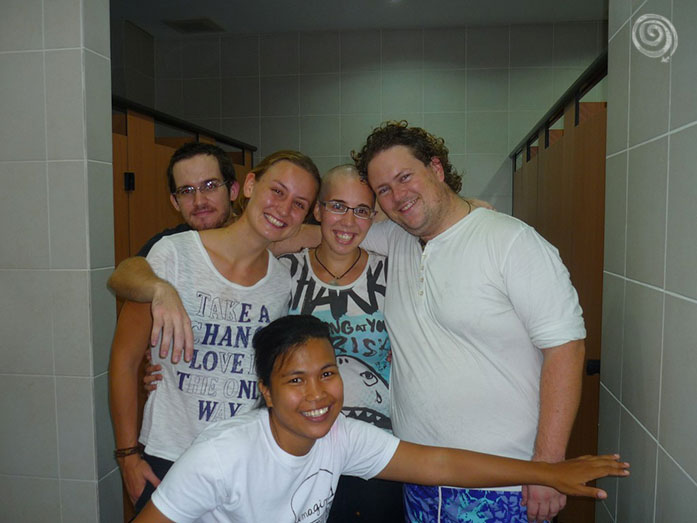 I must admit it wasn’t easy to look myself at the mirror even though I convinced myself in advance. My ears and forehead look much bigger but the good thing is that the smile does too which is very positive. It may sound cliche but I see myself more shiny, more ME.

I love touching my bald head and the feeling of the wind or water touching my skin. It purifies me and it’s something one can’t appreciate with hair. 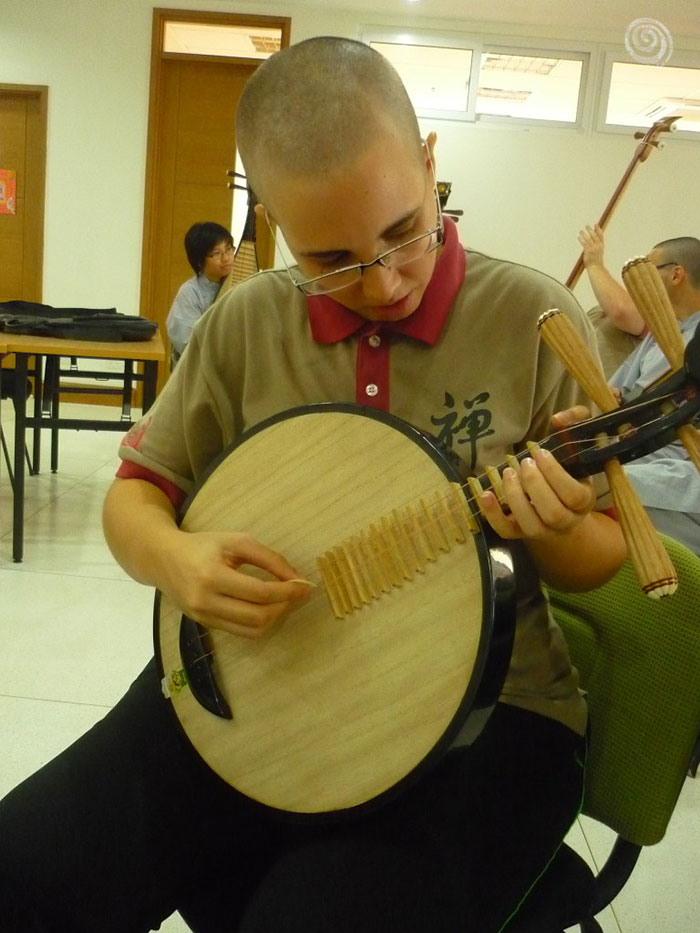 And the hair, oh well, it will grow back!

My first week in a Buddhist temple

My travel tattoo: what’s behind my traditional tribal tattoo

My inspiration to travel around South America for 6 months

Related posts
El Cajas, a Day Trip from Cuenca
Wrong Concepts About Buddhism
What South America Is for Me

2 Replies to “Buddhism from Zero, More Than a Philosophy”