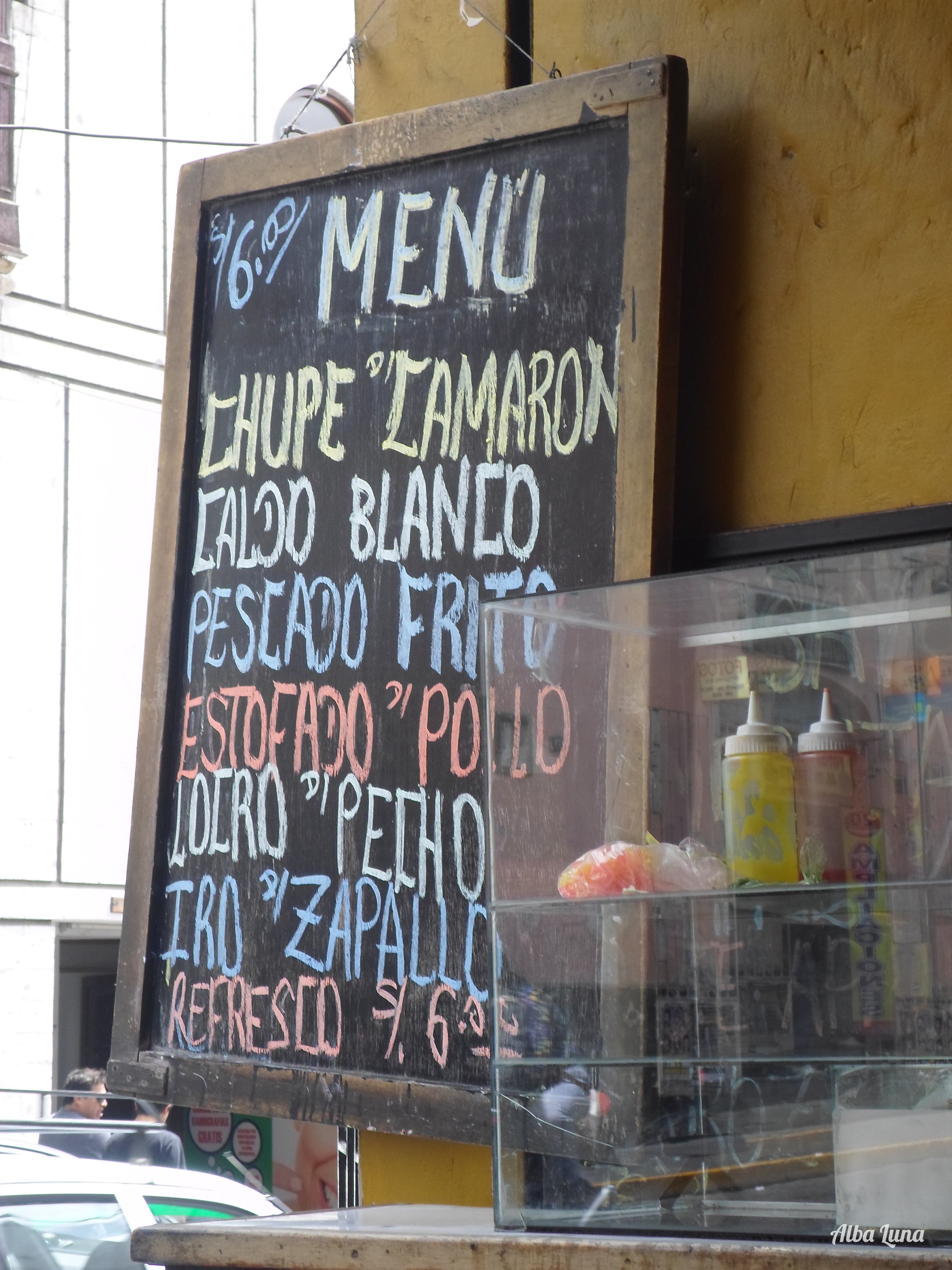 Peruvian cuisine is one of the best in the world and is so in vogue lately. As soon as we entered the country, even if it was the capital, we realised streets were full of people offering and demanding food and not just any; one that’s fast, cheap and of great quality. 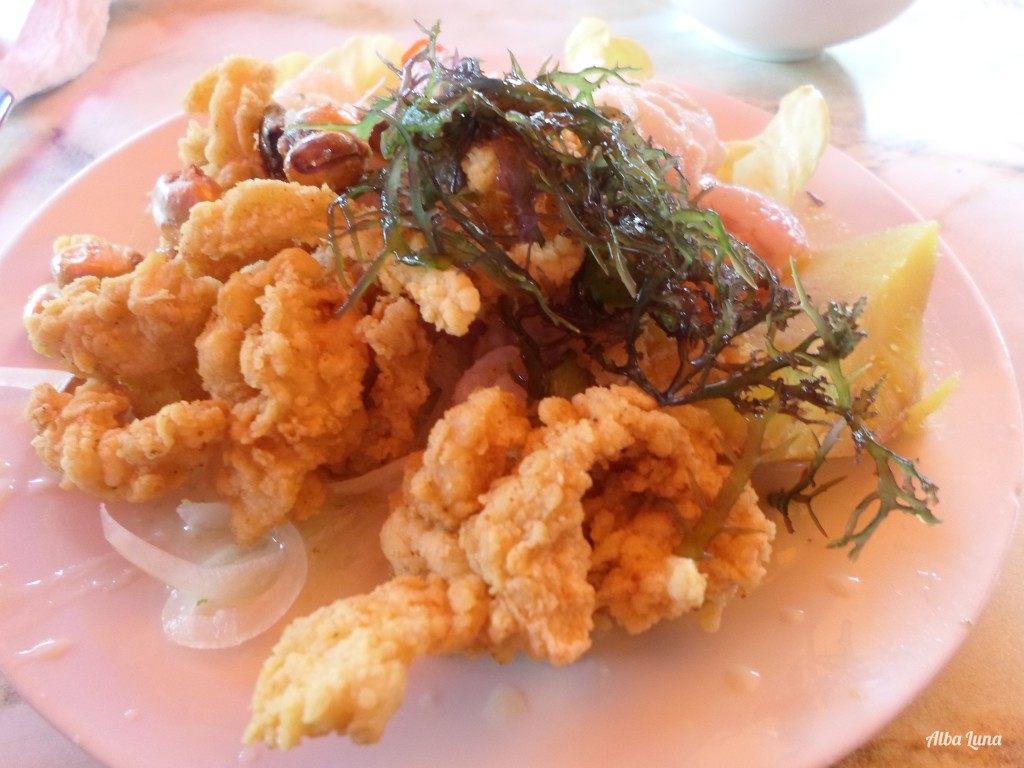 Ceviche is a seafood dish made from fresh raw fish cured in lime and spiced with ají, chili peppers or other seasonings including chopped onions, salt, and coriander.

Although the best ceviches are found on the coast for obvious reasons, ceviche is good all over the country. I’ll always remember the first one I tried in a popular market in Lima, with fish cracklings (we call it bienmesabe in Spain), cancha (toasted corn) and camote. The most used fish for this dish is corvina (sea bass) and it needs to be soaked in lime for 15 minutes for it to be properly cooked.

The one I liked the most was in Huanchaco, one hour away from Trujillo, to the north of Peru. I still can taste the seasoning. 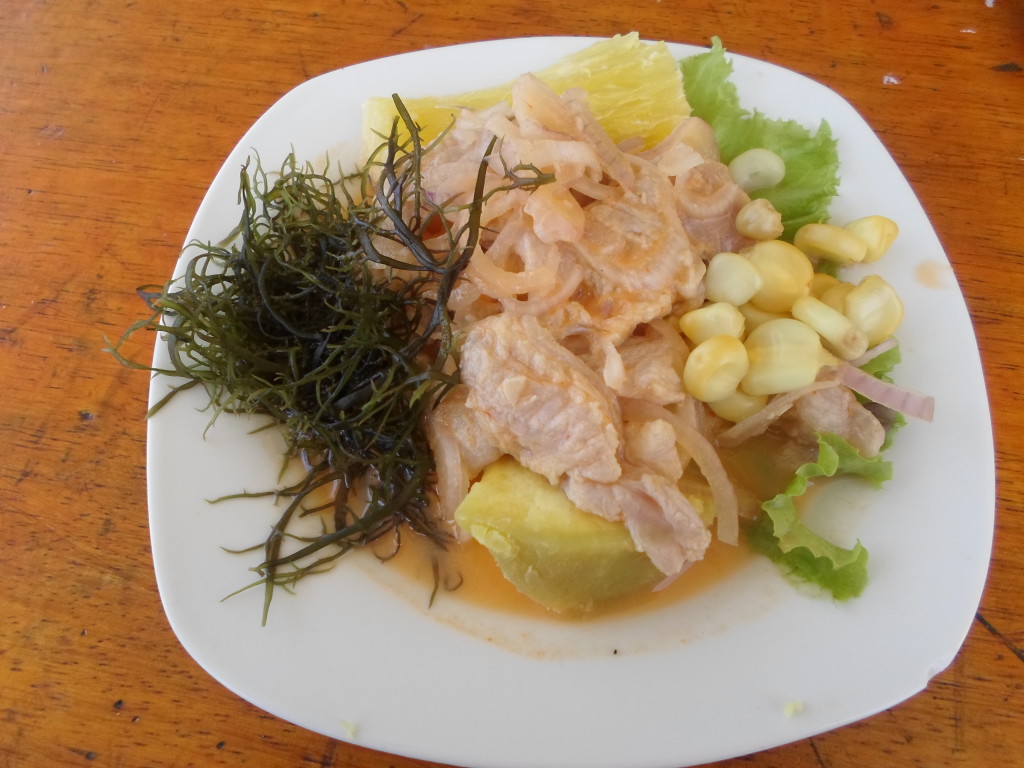 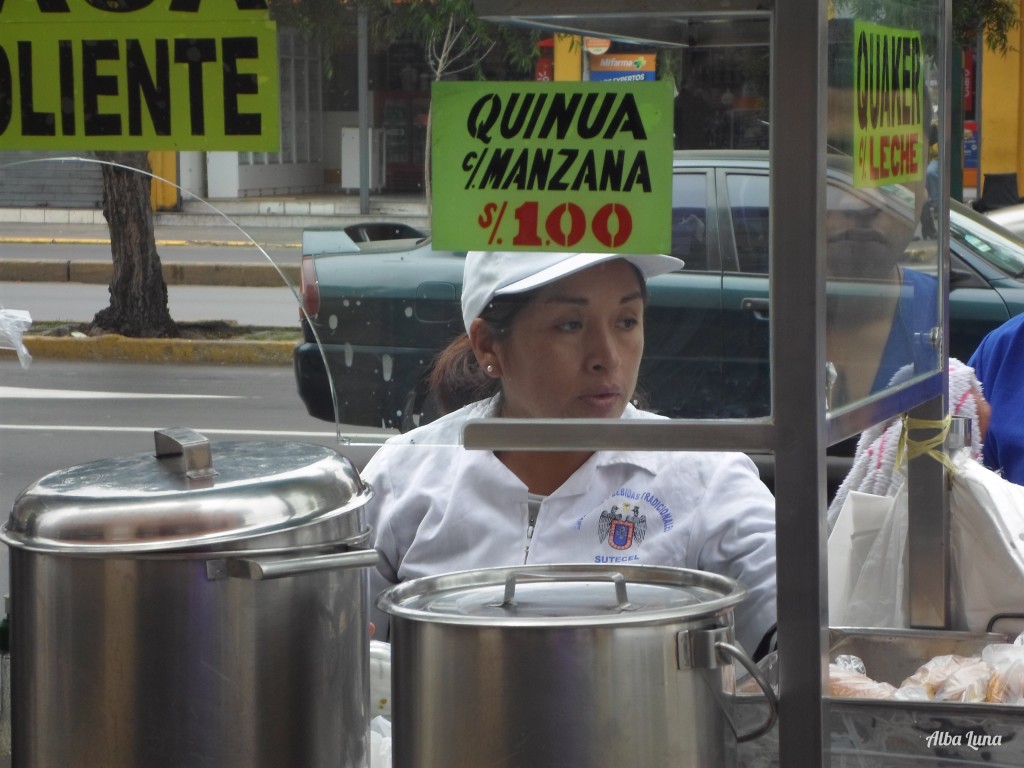 You have to fill yourself up with quinoa either because it’s cheap or healthy. Before quinoa became so popular around the world, Peruvians already used it in soups and as a dessert like apple with quinoa. It doesn’t have a specific kind flavour on its own but it’s an ideal companion for any type of dish. It’s a grain that’s produced in large amounts in the country and of very good quality. 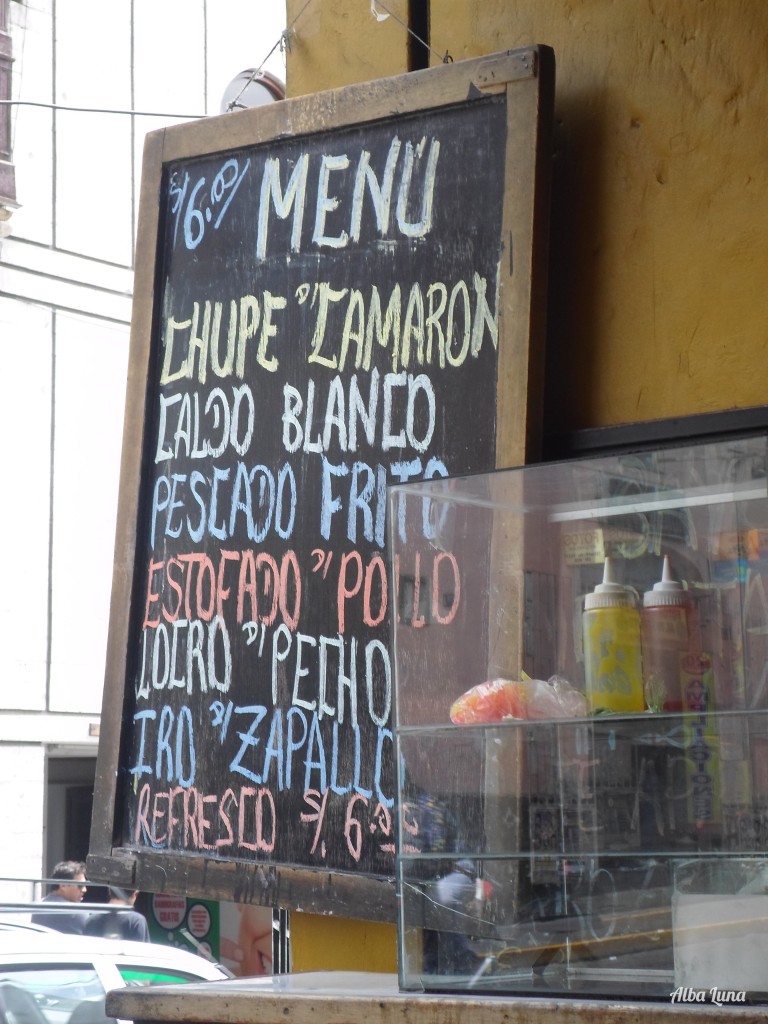 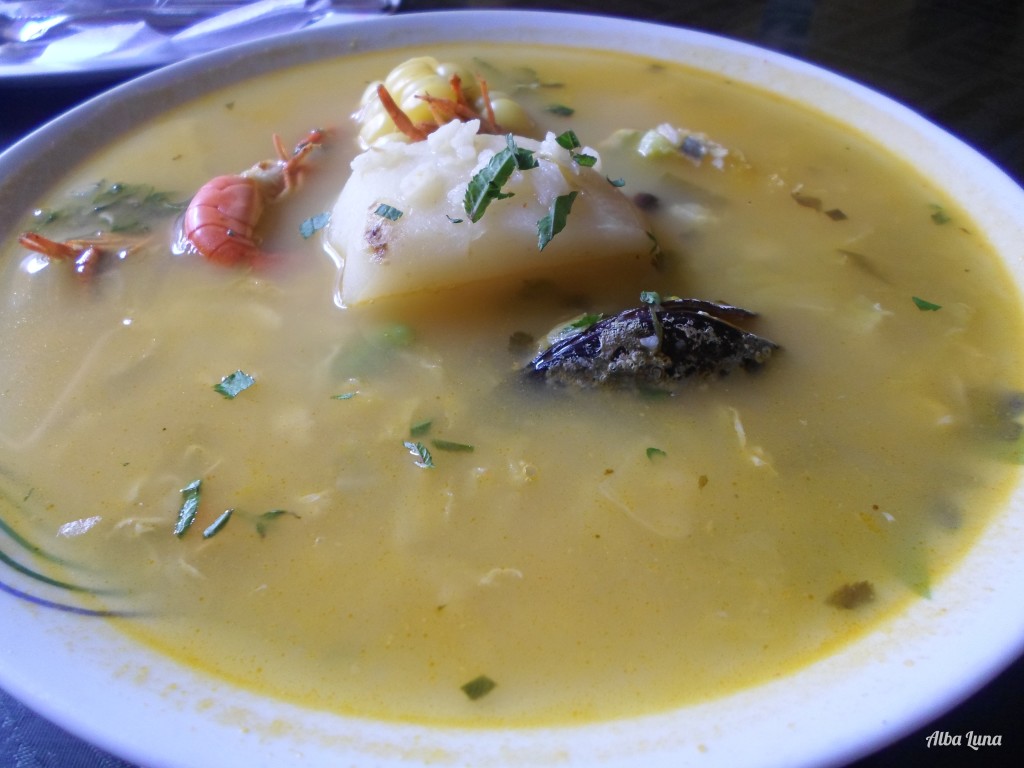 This shrimp soup with its mussels, camote and choclo (a kind of corn but bigger) is delicious. I almost died of pleasure with this dish. 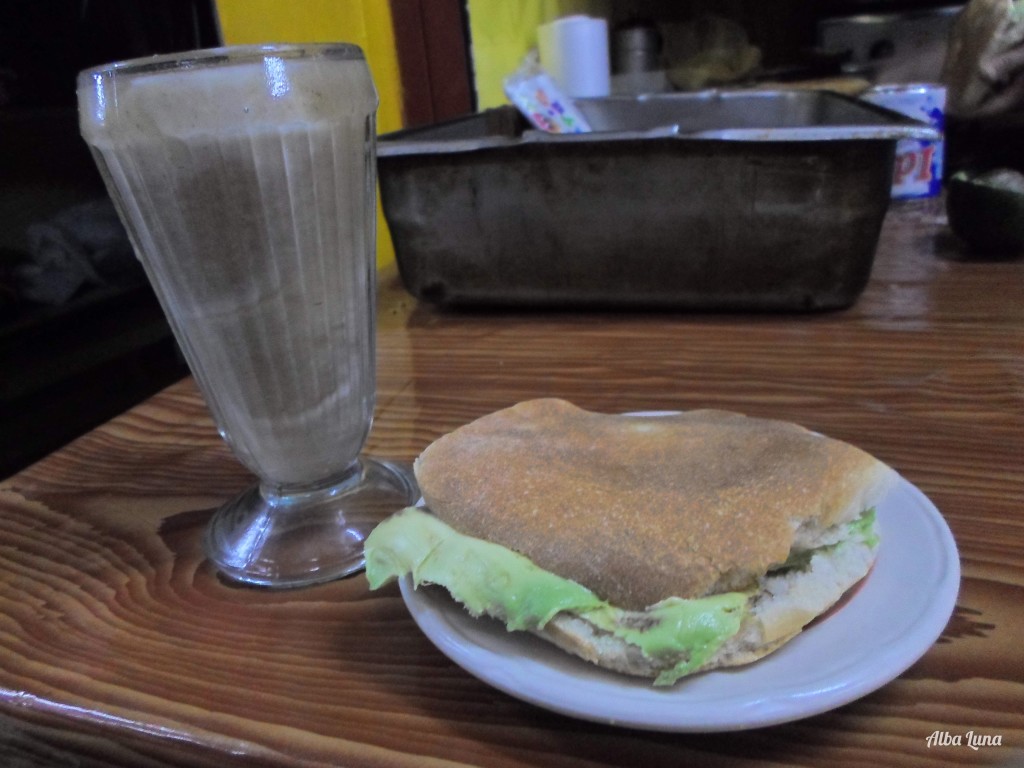 Maca is a thick drink made out of a tuber, often served hot. If it comes with bread and palta (avocado) for breakfast, it can’t get any better. After having drunk it you can ask for yapita which means to have an additional serving for free, a very common practice that we took in quite soon. 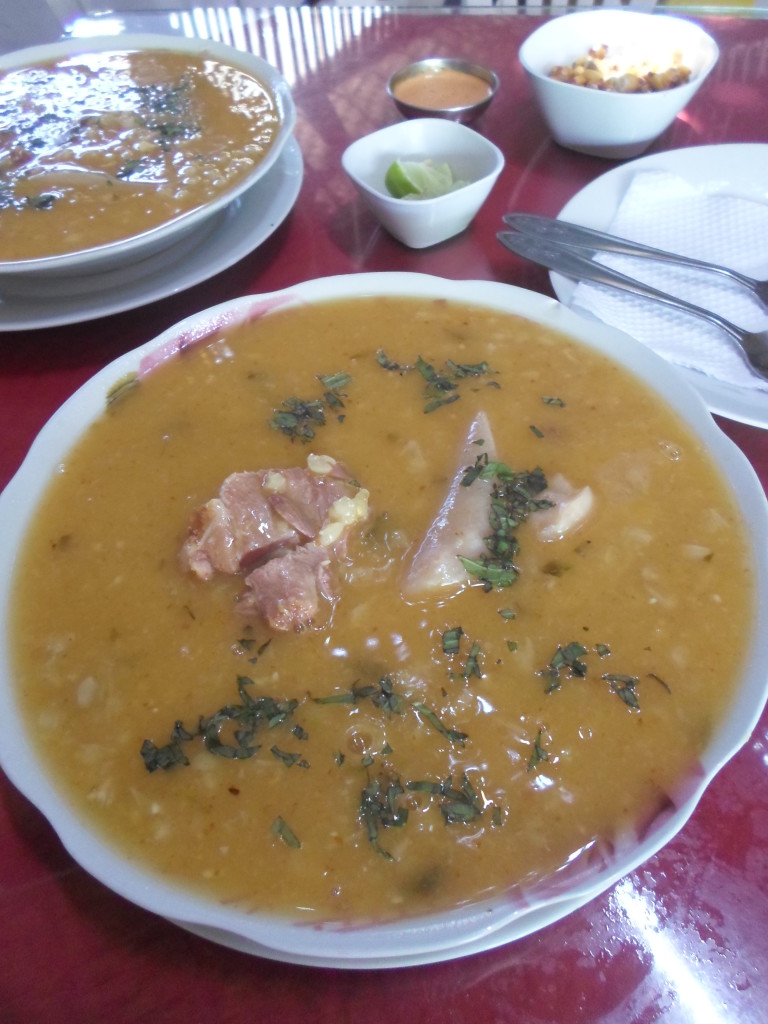 Shambar is a filling dish like there’s no other. It’s typical from Trujillo and is only served in restaurants on Mondays because its preparation is very slow as its digestion. A stew of wheat, arvejas, chickpeas, fava beans and pork ribs. Very light, isn’t it? 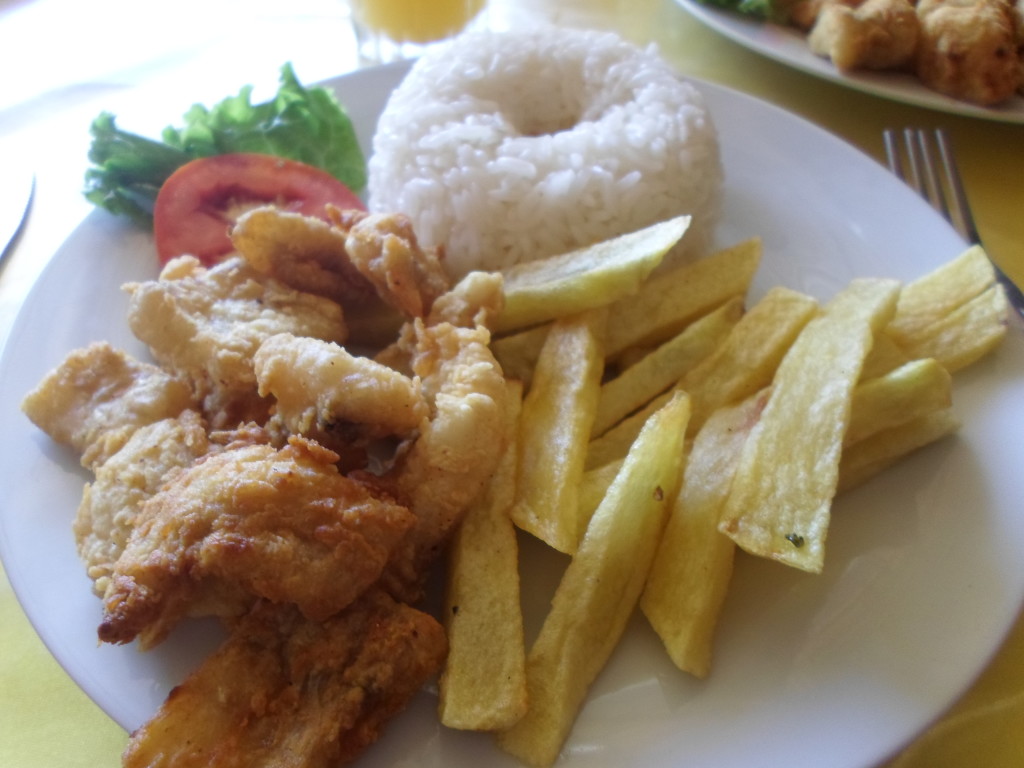 As simple as fried fish but with a good seasoning, is really tasty. Simple but filling. It reminded me of bienmesabe, typical from Granada.

Undoubtedly, there where locals are is where the most authentic food will be served. It has worked until now for me. I’ll surely keep on eating the world! 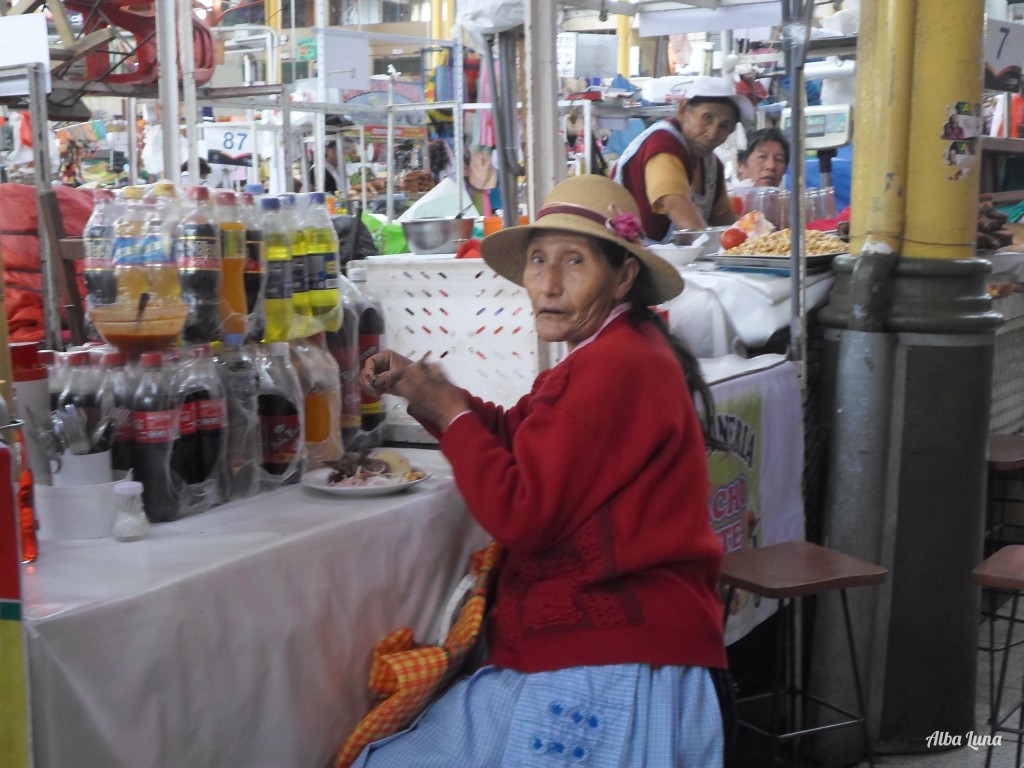 Related posts
Oops, I Got Stuck in Thailand!
Wrong Concepts About Buddhism
What's Your Favourite Place?
Scroll Up