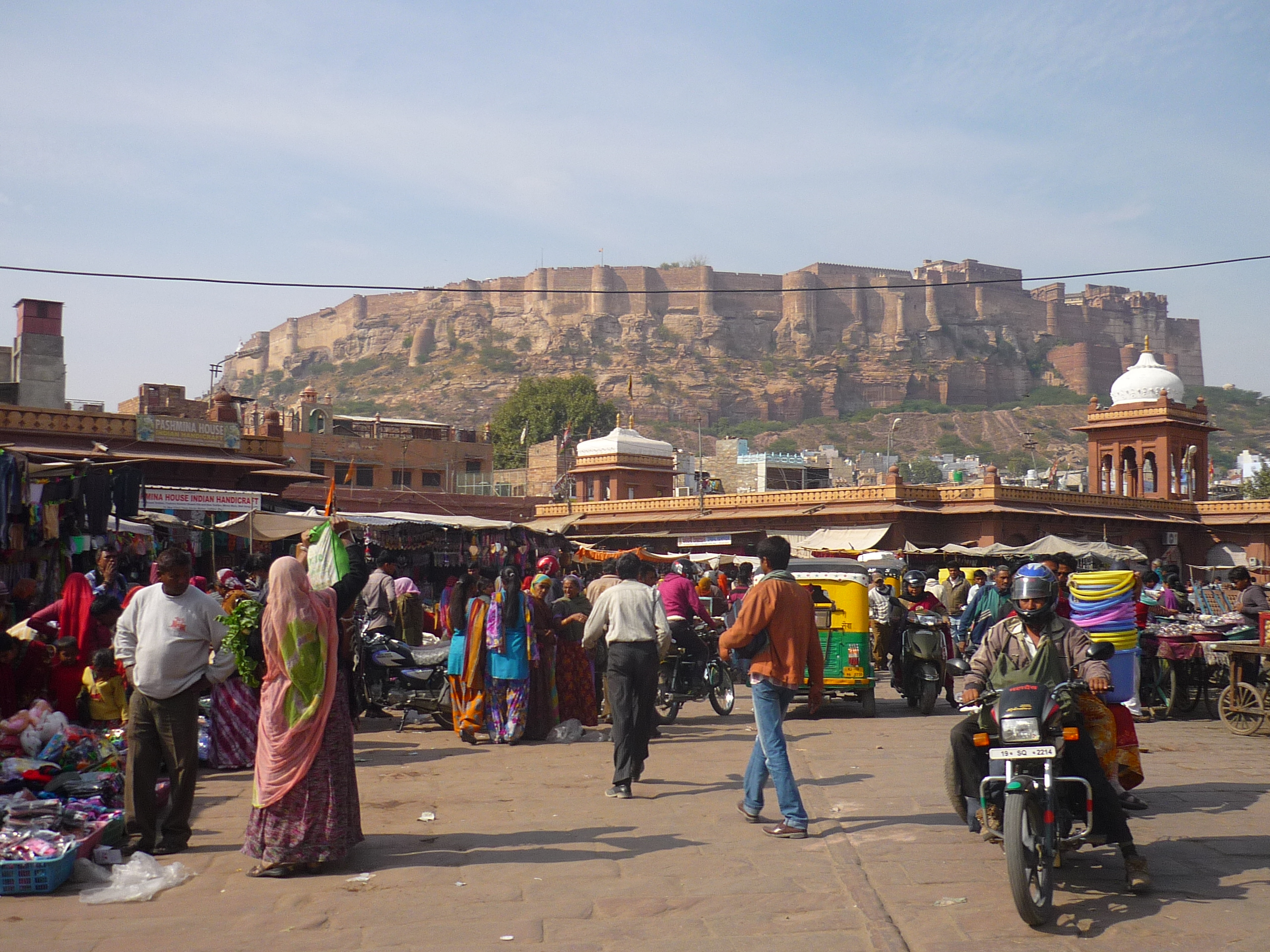 From Jodhpur to Jaipur

I was in Jodhpur, the 10 day meditation retreat was over and the exploration around the city done. I was more than ready to discover another beautiful place on the Indian geography: Pushkar. Jaipur was on my list too but I didn’t know it would come on my way so early.

The idea was to spend some days in Pushkar and then to go to Jaipur to meet a friend at the literature festival. However, destiny had another adventure ready for me.

I go out of the hotel and I take a tuk-tuk to the station, in a very lovely decorated one, by the way =) 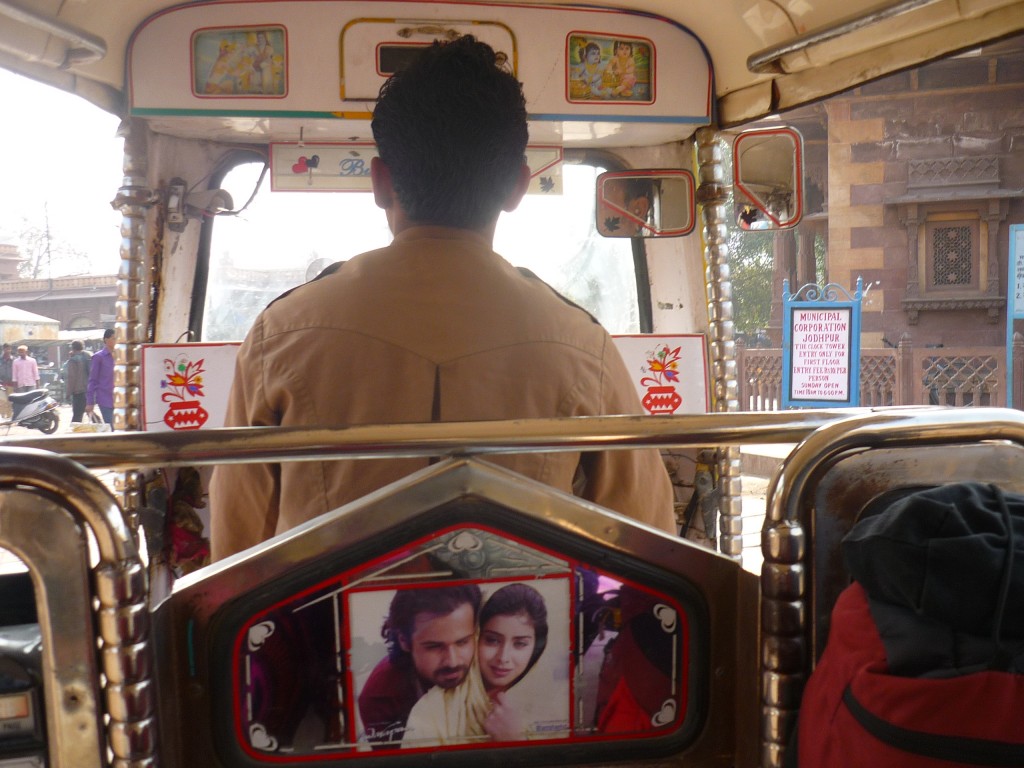 I run in order to take the bus because well, you never know when there will be the next one coming…I get in and look for my seat but it’s occupied. I try to put my backpack in the overhead but it doesn’t fit.

A guy that is sitting two rows behind helps me put the luggage over his seat and invites me to sit close to him. Well, he’s been nice, let’s do it.

He’s around 30, horn-rimmed glasses (or spectacles as they call them in India) with a bollywood look. Even if he looks trustful I start thinking about the bad news we hear almost every day back home. But then I focus on the conversation and in knowing more about the fascinating culture I have around me.

We talk about Indian values and traditions, about the literature festival where I’d go in a couple of days, about love and random things.

Apparently he’s a Bollywood singer and he lets me listen to some of his songs. He’s very kind to me, so much that I’m starting to suspect. Does he want to help or something else?

On our way Rahul convinces me to come with him to Jaipur because it’s the kite festival and it’s only today and it’s very fun. I don’t know what to do because I have a hostel in Pushkar already booked.

“You can also come to my place and have real Indian food.”

It sounds good, doesn’t it? He offers to go with me to the bus station later so that I can take the bus to Pushkar, where I was supposed to be heading.

We stop several times on the road by villages and my amazed eyes get lost in the beauty of the colors around me.  An old man with a turban gets in, ladies in saris and kids are all over the place. 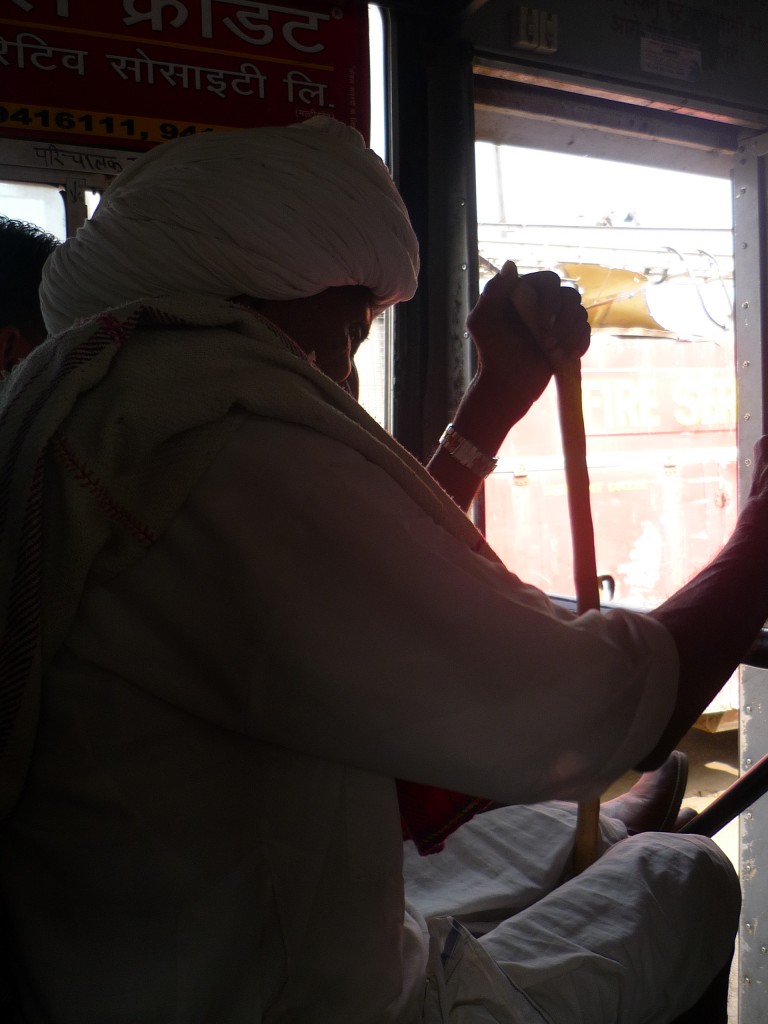 It reached a point where I said, there’s no more space in this bus for a single human being but I was wrong, there’s always space for someone else in Asia!

That morning I had left Jodhpur with the muslim festival going on, people everywhere were raising the muslim flags with a half moon on it and there I was in the Sankranti day in Jaipur. In a single day I was witness of different cultures, in the same country. Diversity as it highest. That’s why I love you, India. You are so diverse, special and unique.

Rahul tells me all excited that he wants me to see the kites fly, that’s amazing to see all the kids flying kites on the house roofs.

We arrive in the station and take the next bus. We still have two hours to go and the sun is starting to hide. I say to myself, whatever it may be it will be…

On our way I start to see kids flying their kites through the sky. And that’s when I start to smile, simply by the fact of being there and of being witness of something that I once read in a book. I don’t care anymore if we are late because I’m here and now and it’s never late for that.

However, I would never have thought what it was about to happen. We go in the house and he introduces me to the whole family. Some minutes later, don’t ask me how, I find myself surrounded by them all, in a circle, staring at me.

Yes, like if I was any kind of exotic animal or an alien just landed.

They bring me food and Masala tea and the situation only gets more awkward. Now they are not only looking at me but they are staring at me while I eat.

Me eating carrot Halwa, a delicious dessert made out of carrots and tons of sugar and seven people looking fixedly at me, analyzing me with their gaze.

I didn’t know where to look. Imagine the situation, I was sitting on the bed, in the centre of the room and around me the whole family inspecting me. Rahul to my right, his dad and mom in front of me, aunt, brother and nieces. All of them gawking me, some shy to ask but not to look.

Mom and aunt whisper and look and I say to myself, hey I’m here, I see you!

I was saying to myself, where am I? I’ll be certainly sleeping here (Rahul offered himself) and on the next day I’ll wake up ring in hand and here I’ll stay married in India, forever.

I ask myself what his parents could be talking about, maybe they are analyzing if I’m a good wife for their son and are happy for having finally found a young lady for their boy. 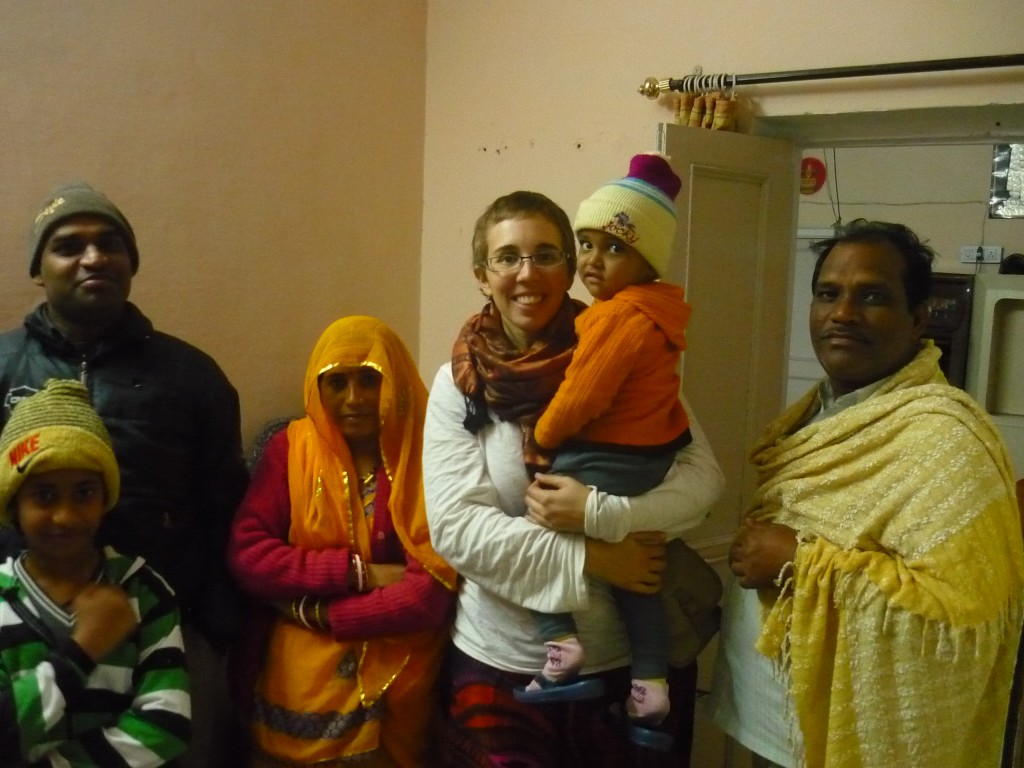 They were very kind to me but the situation was weird however. 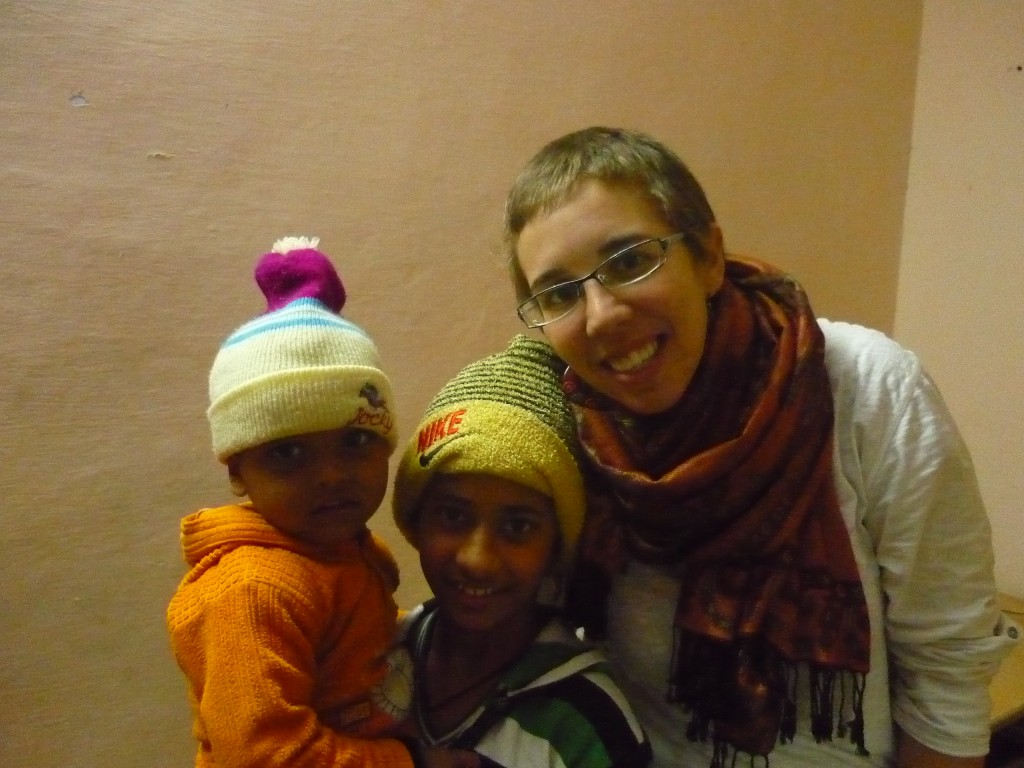 At first Rahul tells me to stay over at his place because it’s too late. But suddenly he starts talking to his parents and he tells me they have been thinking it over and because I’m a special host (bulls***) I should sleep in a hotel because their house is not enough for me.

I say that I don’t mind where to sleep but I know where all this is going. I believe he’s been lying to me since the very beginning but he says not to worry for he’ll be taking me to a nearby hotel.

I’m a bit confused because I don’t know why he told me to stay when he knew I couldn’t. I talked to Vandana, my best Indian friend and she told me it’s not normal to invite a female especially a tourist over to sleep.

Probably his parents thought it wasn’t right. So, I went to the hotel, called my friend and told her all about it.

“That’s so weird! but at least you are alive”, she said.


When traveling once should adapt to the circumstances but over all, follow one’s instinct. We all have one, all we have to do is listen to them. If you are uncertain, keep on, adventures always start from uncertainty.

Related posts
It's More Fun in the Philippines!
To go or not to go, that is the question
What Do You Want to Be When You Grow Up?