Palomino, what a beautiful Caribbean name.

It reminds me of days swimming in the river and the sea, going back and forth endlessly between the two.

I spent several days relaxing in Palomino—a small village on Colombia’s Caribbean coast—before heading to Parque Tayrona, a national park considered one of Colombia’s finest destinations. As it turned out, I needn’t have left Palomino as it was just as spectacular.

Palm trees, sea and a good atmosphere. A river that washes the salt off your body and a sea that washes it all back. To find the balance in that moment, in that very precise moment. Estuaries, currents, riverbeds. 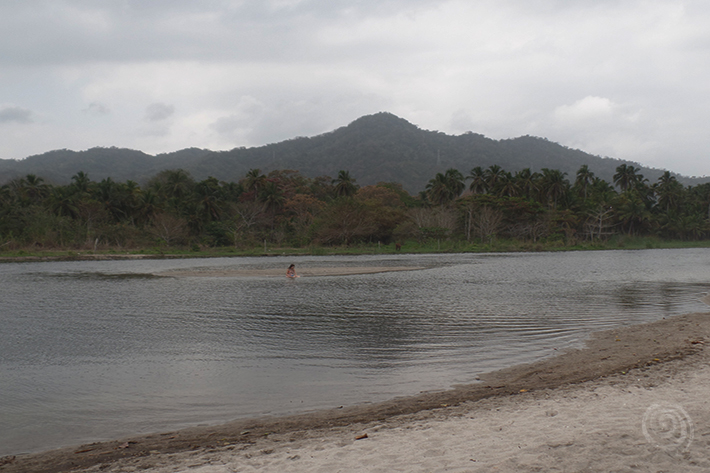 The Caribbean Sea is not always crystal clear 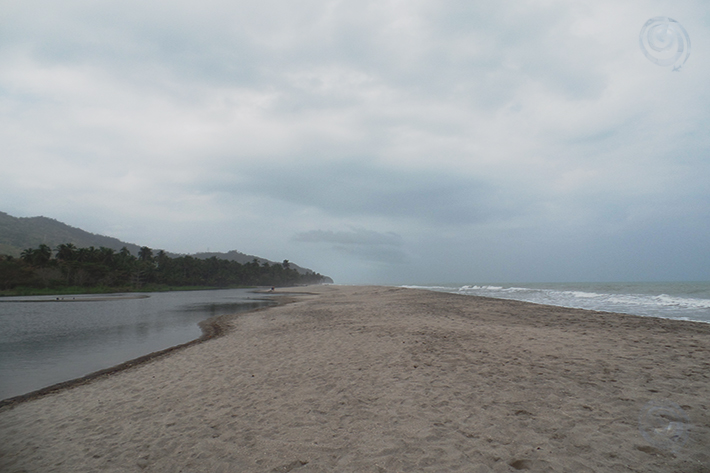 What a relaxed anxiety the one of the traveller that desires to keep on exploring, leaving destinations behind in that imaginary backpack that one doesn’t need to carry and unveiling with it new chapters and adventures. What a happiness the one of living step by step, second by second, with the typical innocence of childhood, with the characteristic curiosity that defines the human being.

Breathing, feeling how the water flows inside of you, as life does. Jumping into the void but without the necessity of swimming in deep water. That same fresh water that flows directly from Sierra Nevada mountains, a strategic natural point that knows well what it does, for it flows from the jungle to where it happily meets the sea.

When in Palomino we don’t feel the urge to answer the question, are you a sea or a mountain lover? You can in fact have everything. The sole questions you would probably have to answer are, where do you come from? and where are you going? Those same questions that we answer with a smile on our faces at the beginning of our trips, with an enthusiasm related to the willingness to know about others, but that we end up abhorring and answering in an automatic and bored way.

But in Palomino nothing of that sort matters. We have the sea as an ally and the river as a faithful counsellor in order to answer all those unsolved questions that disquiet us, those that were dragged all the way and were never solved. Everything you had been carrying in your travel backpack during a six-month trip around South America starts to faint and distort in this village of the Colombian Guajira, a peninsula that is shared with Venezuela.

Contrary to what you may have heard, the Caribbean Sea is not always calm and pristine. It can be furious and turbulent and of a dark blue colour just like the one offered up on Colombian’s coast.

Our memories, souvenirs and experiences are there in the river, letting themselves be carried by the current, guided by the circumstances and the ambience of the place. Nevertheless, once they arrive to the sea they stir again, as if wanting to stay with you forever, as if desiring to seep in.

What to see and do in Palomino

What’s there really to see and do in Palomino? The good thing about this beautiful pueblo of the Colombian Coast is that it offers the opportunity to not worry about what to do and invites us to go with the flow, the river and the sea will take care of the rest. If you don’t like the sea due to its quietness then you are free to go in the sea with its giant waves that hit everything on their way. If the sea doesn’t fully convince you then you are free to go back to the quietness of the Palomino River. Simple.

There, in between tide and current lay our deepest thoughts and our most intense memories awaited us. Travellers may ask themselves, Am I where I was supposed to be? Have I let myself be carried away by the current of the Palomino River until reaching this Caribbean Sea that has the power to heal? Have I really changed so much in these six months?

My take is that the only thing I know is that those stones that come from the river and arrive in the sea, are still in my hands. 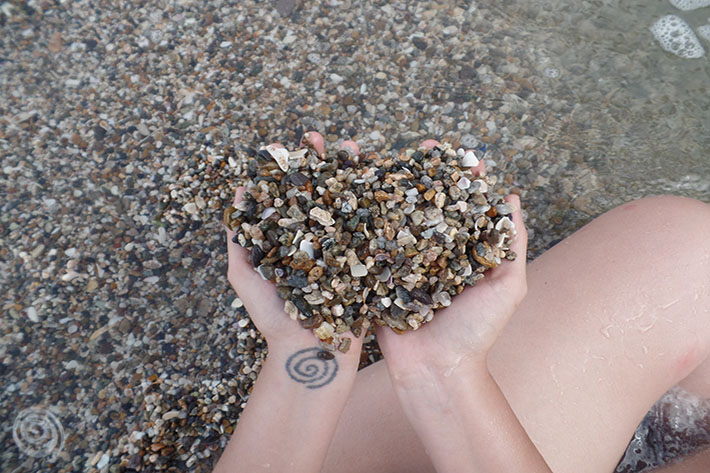 How to get to Palomino

Palomino—located 70 kilometres far away from Santa Marta—is a very good option to relax for a while after visiting Santa Marta or Taganga and before visiting Parque Nacional Tayrona. We found it by pure chance, a place to rest and regroup before we carried on our way. In one of those ramshackle and noisy buses that I adore, this time heading to Riohacha.

Our original idea was to go to Tayrona Park first. We were told that we would be allowed to enter as students—even by faking the paper. We tried but we did not meet the under 26 age requirement that is needed to visit Parque Nacional Tayrona. A bit disappointed we went to the next pueblo in the route of la Guajira: Palomino, not knowing that we would come back to Tayrona a few days later to try it again.

Palomino surprised us for good, a village of La Guajira that was not initially drawn on the traveller’s road map but, it did sneaked in our destiny. I will leave the adventure of entering Parque Tayrona for another day. Before that, more Colombia for you: 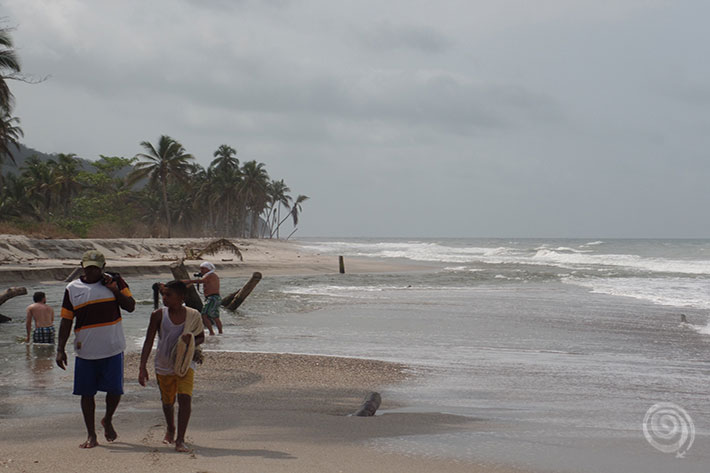 No comments yet
destinations southamerica travel